Festivals of the Dominican Republic

The Dominican Republic has one of the most fascinating arrays of annual fiestas in Latin America.
Fiestas Patronales, as they’re known, range from culturally complex syncretisms of Catholic and African animist religious ceremonies to wild street parties and carnivals. 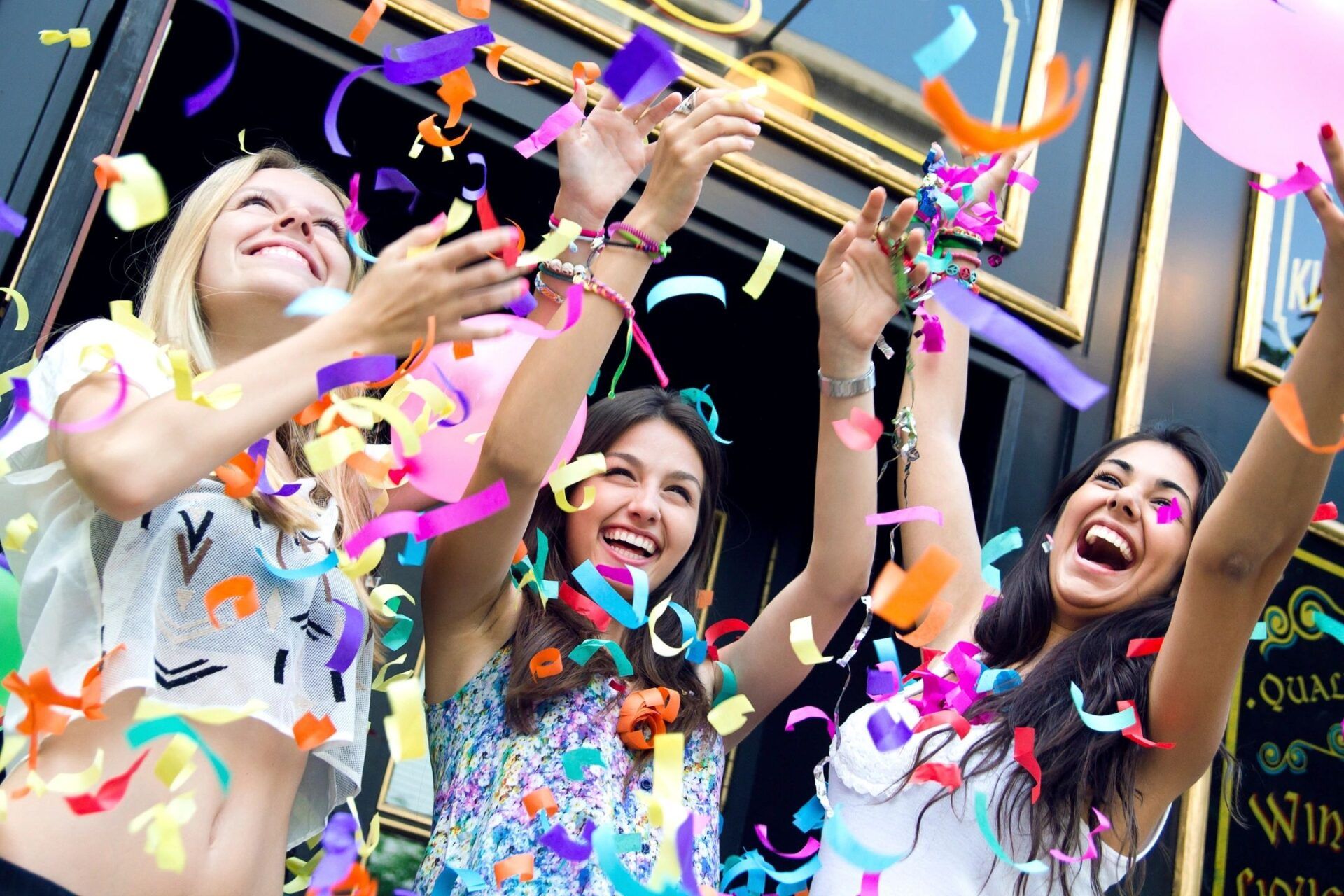 In a country where nearly three-quarters of the population is considered mulatto or mixed-race, the Dominican Republic’s festivals show the whole raft of cultural influences which make the country so unique.

Every city and town in the country holds its own fiesta while some places host several.
These are often preceded by a novena, a nine-day run-up of mini celebrations and processions before the big day.

Second, only to Hispanic influences, African cultures and belief systems have had a huge effect on modern Dominican life.
There are also remnants of the now-extinct indigenous Taino culture whose influence persists in language and tradition as well as that of nearby Haiti whose gagá music accompanies religious processions in remoter parts of the country.

As if these seemingly never-ending celebrations weren’t enough to keep you busy, there are a whole host of music festivals incorporating jazz, Latin, and merengue; sporting events, and even a sandcastle building competition in Cabarete. 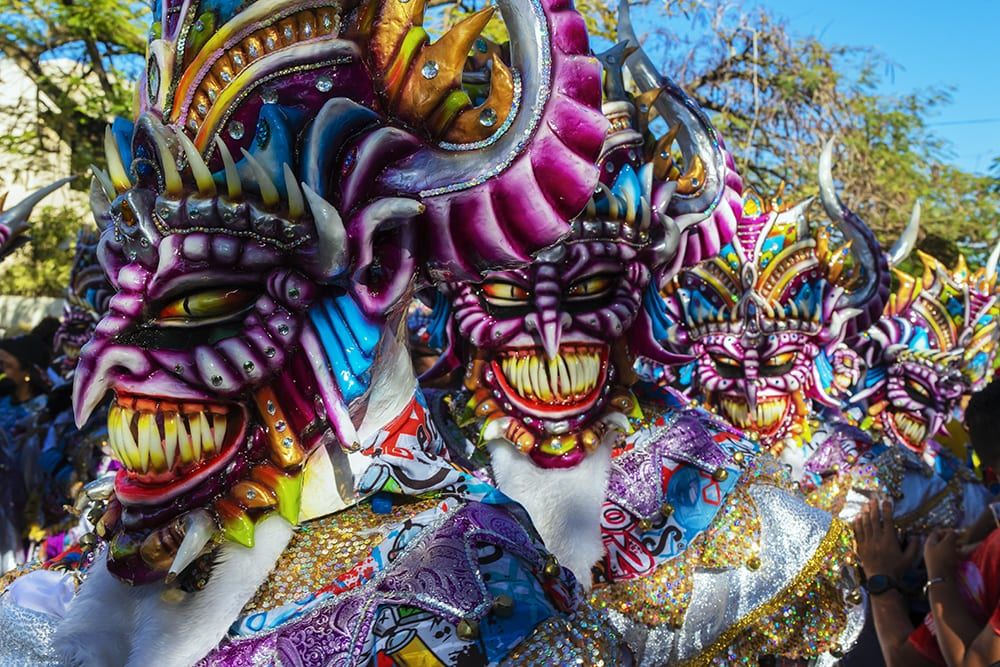 San Pedro is known for its heavy Cuban influence. Fleeing their country’s War of Independence in the 19th century, the town was founded by Cuban immigrants who brought their extensive knowledge of sugarcane farming with them, eventually turning San Pedro into the most economically important port in the country.

Although the town no longer holds its former significance, the Guyola festival stills draw massive crowds each January to watch the raucous drummer’s procession through the Miramar neighborhood and affords a glimpse of a colorful subculture you won’t be able to get elsewhere.

Santo Domingo is the place to be for the Dominican Republic’s biggest annual celebration. There’s a street party every Sunday of the month, culminating in a massive all-day, all-night blowout along the seafront Malecón with floats, processions, and plenty of partying. 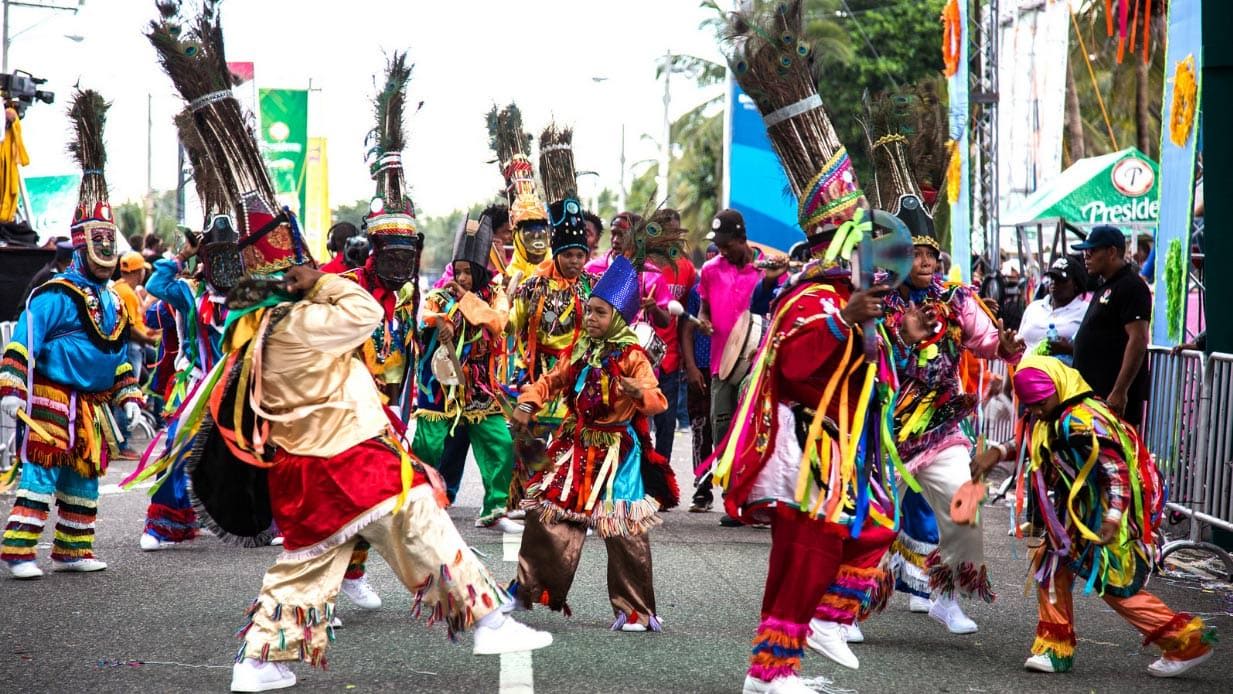 Cabarete is transformed for 10 days every February into a giant sand sculpture park. Some of the work on display is of truly astounding quality and you’ll wonder how the artists can bear to see their work destroyed when the festival ends.

Though the traditional Dominican Catholic Easter celebrations are worth seeing in their own right, it’s their fusion with Afro-Dominican Vodú celebrations (which coincide with Semana Santa) that make this a really interesting time of year to travel the country.

The festival at Cabral, where citizens dress as Devils and mock-punish passers-by with whips and insults has its roots firmly in African traditions and is a fascinating example of Dominican cultural fusion. 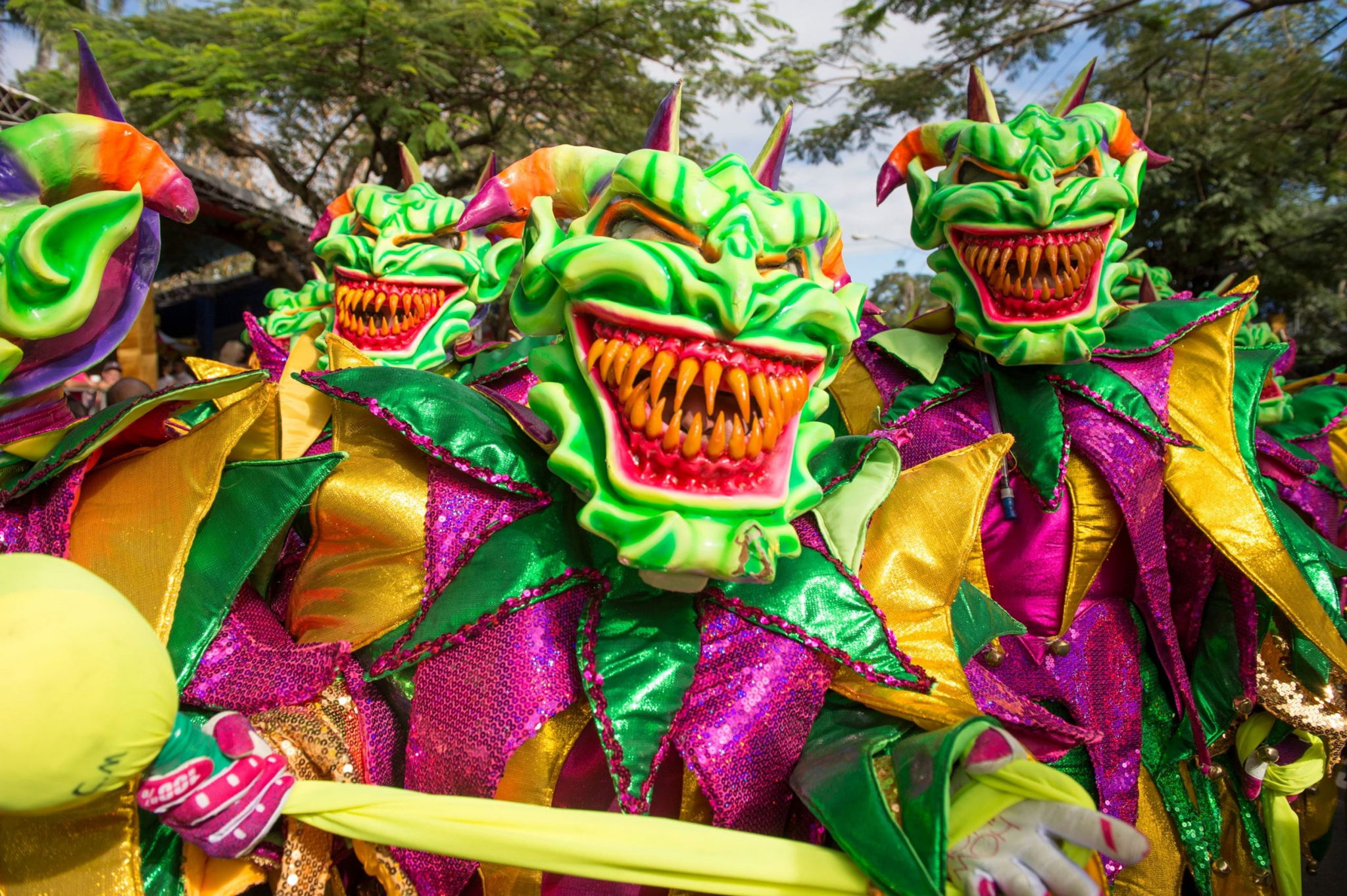 San Juan’s fiesta patronal not only honours Saint John the Baptist but also Changó, a god or spirit lifted directly from the West African Yoruba religion. The cult of Changó is one of the most complete aspects of African religious practice to have survived the middle passage, and the deity is still venerated in Brazil, Venezuela, and Cuba as well as the Dominican Republic among the Descendents of slaves. San Juan offers a perfect illustration of the religious syncretism that defines the Dominican people, along with all the requisite music and dance to keep you entertained all day and night.

Merengue is to the Dominican Republic what jazz is to the USA, and this festival is one of the best ways to fully understand this national treasure. It takes place around the Malecón and the music keeps pumping all night. Once you’ve exerted yourself to the point of collapse, you can visit one of the food tents for traditional Dominican fare and a few drinks. 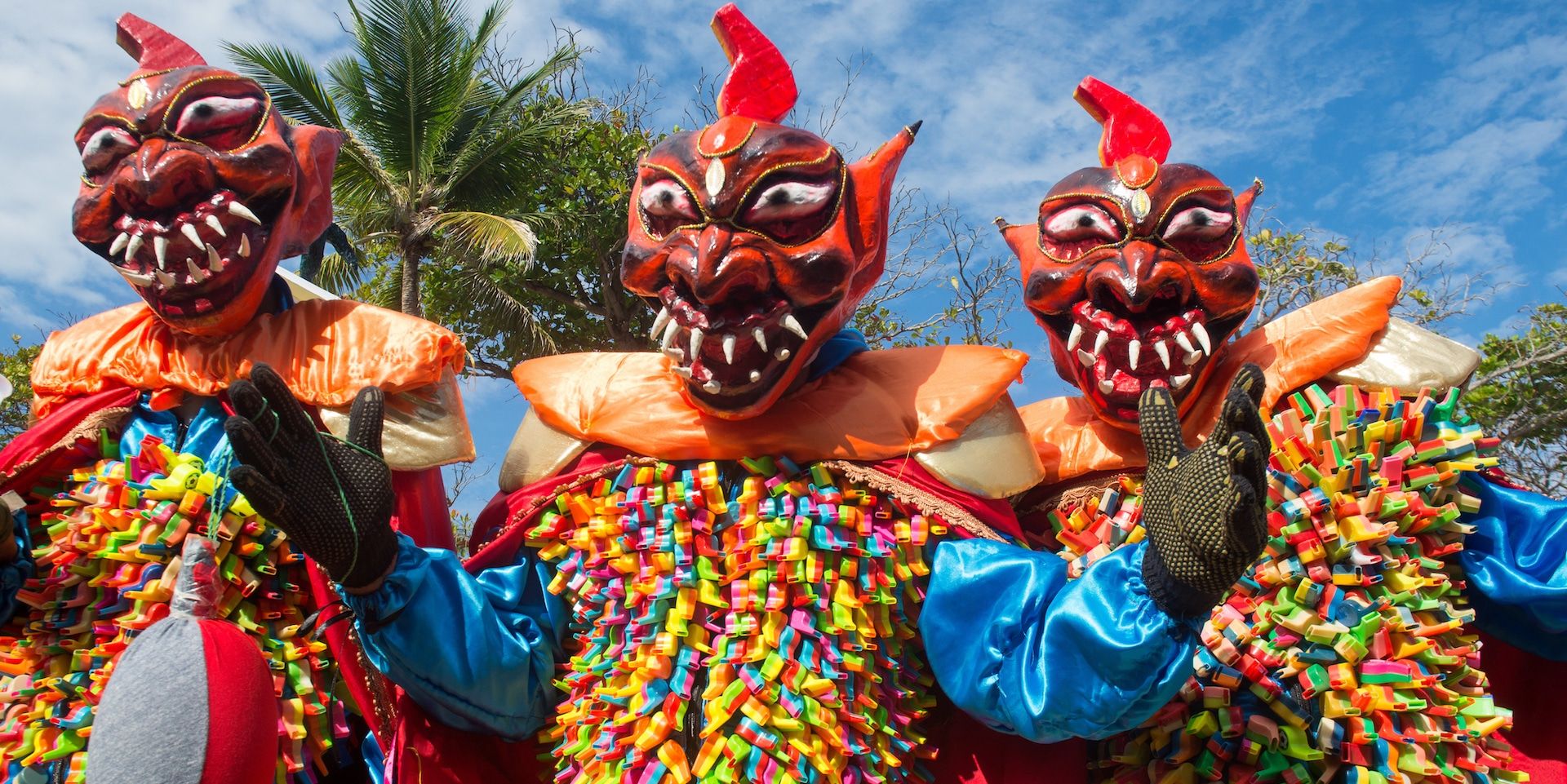