Santo Domingo is the capital and largest city in the Dominican Republic and the largest metropolitan area in the Caribbean by population.

In 2010, its population was counted as 965,040, rising to 2,908,607 when its surrounding metropolitan area was included.
The city is coterminous with the boundaries of the Distrito Nacional
(«D.N.», «National District»), itself bordered on three sides by Santo Domingo Province. 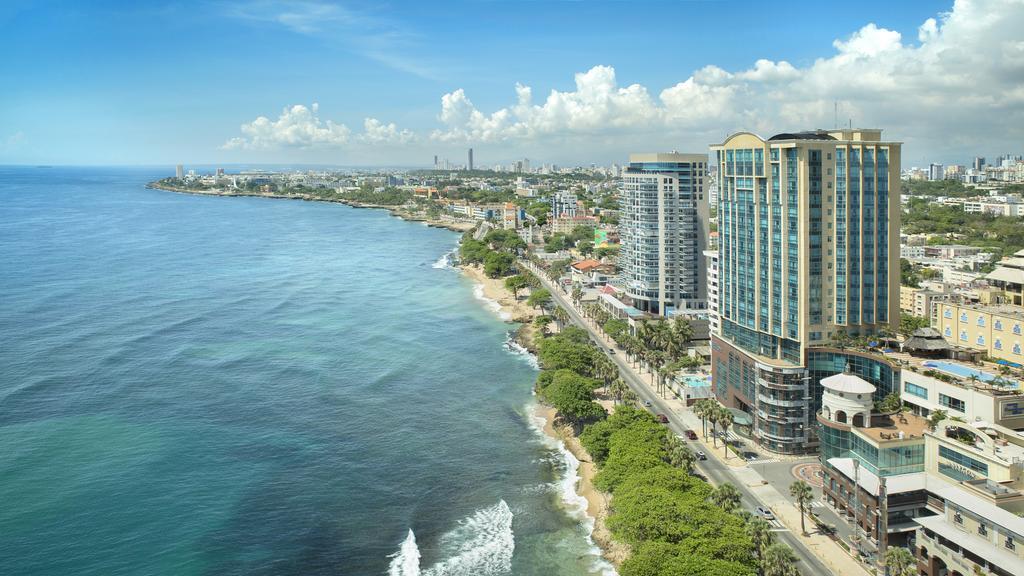 Founded by Bartholomew Columbus in 1496, on the east bank of the Ozama River and then moved by Nicolás de Ovando in 1502 to the west bank of the river, the city is the oldest continuously inhabited European settlement in the Americas and was the first seat of the Spanish colonial rule in the New World.
Santo Domingo is the site of the first university, cathedral, castle, monastery, and fortress in the New World. The city’s Colonial Zone was declared a World Heritage Site by UNESCO.

Santo Domingo was called Ciudad Trujillo, from 1936 to 1961, after the Dominican Republic’s dictator, Rafael Trujillo, named the capital after himself.
Following his assassination, the city resumed its original designation.

Santo Domingo is the cultural, financial, political, commercial, and industrial center of the Dominican Republic, with the country’s most important industries being located within the city.
Santo Domingo also serves as the chief seaport of the country.

The city’s harbor at the mouth of the Ozama River accommodates the largest vessels, and the port handles both heavy passenger and freight traffic. Temperatures are high year-round, with cooler breezes in the wintertime.

The Colonial Zone is the historic central neighborhood of Santo Domingo and the oldest permanent European settlement in the Americas.
It has been declared a World Heritage Site by UNESCO.
The Ciudad Colonial is located on the west bank of the Ozama River, which bisects the city.
It covers 1.06 km2 (0.41 sq mi) bounded by a walled perimeter.

It is an important section of the city due to the high number of landmarks, including Alcázar de Colón, Fortaleza Ozama, Catedral de Santa María la Menor, and others.