Tucked in the southwestern most corner of the Dominican Republic, bordering Haiti, the Pedernales province is as remote as it gets.
Yet this distant, desert-like coastal landscape beckons the ultimate outdoor explorer–a place where giant cacti line the roads with intermittent views of iridescent turquoise shores, where cows and iguanas are a frequent sight, and where naturalists will find the country’s most significant reserves. 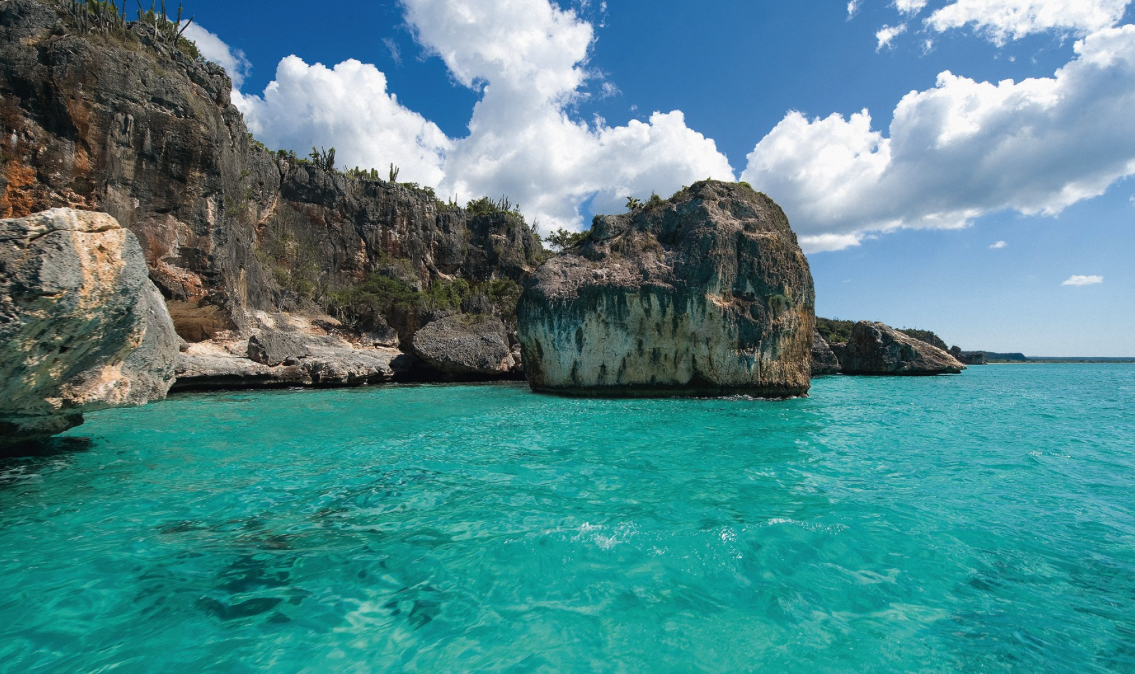 The majority of visitors head to Pedernales to reach Bahía de Las Águilas, the crown jewel of Dominican beaches, sitting below breathtaking karst cliffs and untouched since Pre-Columbian times.
But those who stay overnight will find a province boasting some of the most unique geographical features and protected natural sights in the country.
Parks, lagoons, and lakes that host endemic, endangered reptiles, birds, and wild flora.

Ancient Taino caverns that reveal freshwater sinkholes, and rock art few have explored.
The Jaragua National Park, a jewel in the DR’s nature crown, part of a designated UNESCO Biosphere Reserve, that is home to 400 species of flora, 130 species of birds–look for flamingos at Laguna de Oviedo–an abundant marine life with turtles nesting on its beaches, and sharks swimming off the islands of Beata and Alto Velo.

You’ll find a haven of reptiles as well, including the Hispaniolan solenodon, and the Hispaniolan hutia. Nearby, American crocodiles breed and bask in hypersaline waters at Lago Enriquillo, the Caribbean’s largest lake, sitting 43 meters (140 feet) below sea level.

Head off the beach and forests, and swim in river fed pools amid caverns.
Or drive up into the cool mountains at 1,300 meters (4,265 feet) above sea level, and witness rare Caribbean phenomena like the geological depression at Hoyo de Pelempito.

Pedernales’ attractions are often included in tours of the Barahona province, located approximately two hours away (135 kilometers or 84 miles).
But you can escape the madding crowds and overnight near the country’s most pristine beach if you choose, and take in this nature province’s wild surroundings.